From Google Reader to tt-rss 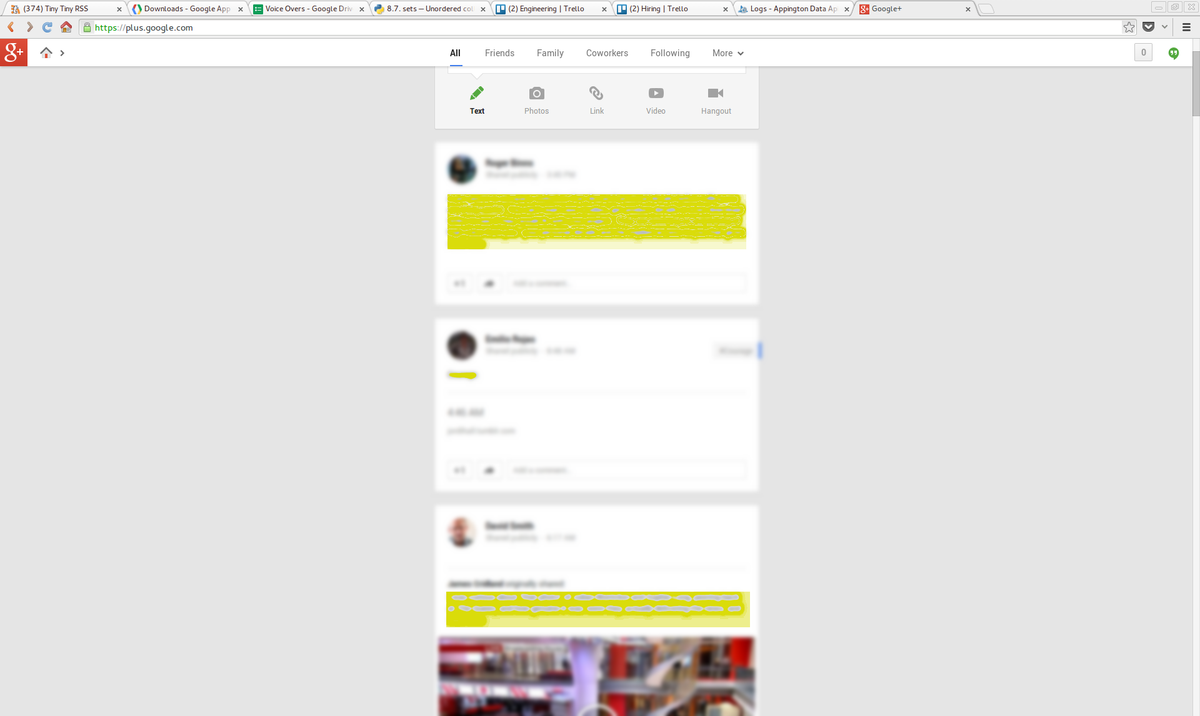 I switched from Google Reader to tt-rss two weeks ago. It works well and is my permanent solution. That also means I don't have a page permanently open at Google any more, which means far more conscious effort is needed to hit Google Plus which still remains unreadable. The screenshot shows just how many of the two million pixels on my screen are devoted to actual content in yellow. Compare to Reader or tt-rss which come in at close to 100%. I'll probably give up on Plus completely.

On the topic of a Reader replacement, tt-rss pluses are that I can run it on my own server, there are two Android clients (I like the non- official one), feeds are automatically sorted into alphabetical order, the mobile web view is good, there is a well engineered and extensive plugin mechanism, updates are easy, and you can import your Reader feeds and starred articles. There are lots of little pleasant touches here and there. It is fully open source.

On the minus side the UI lags when showing articles are read. The developer says this is because the Javascript rate limits hits to the server, and they don't update the UI until the server has been told. This means it takes up to 15 seconds from when an article is read until the UI updates to show that. They also grey the text instead of a border like Reader. The Reader approach is better UI especially if you are part way through reading the article. The main developer can be quite abrasive, but anyone can fork the project if that turns out to be too much of a problem.