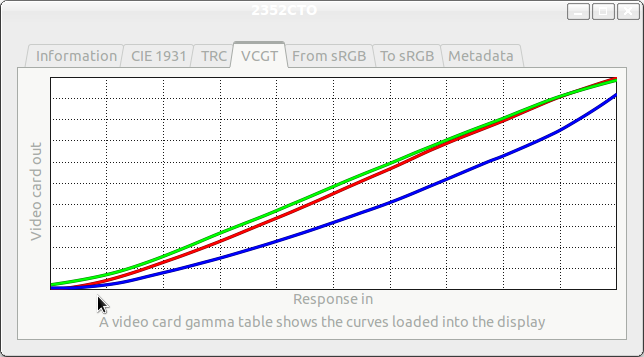 If you get a Lenovo T430s then you'll know just how bad the screen is. It seems very blue and washed out. It turns out that there is nothing wrong with the screen - it is just that the default colour calibration is wrong. Lenovo do ship icc profiles, but it was generated in 2010 predating the display by two years and just assumes a 65% gamut. I profiled the screen using a +ColorHug using the 20 minute detailed profile to get a correct icc profile - grab it from https://docs.google.com/open?id=0BzrFh8Gip8y-bzlDV0RyZ0ZFVE0

There is a good article about the ColorHug at http://lwn.net/Articles/499231/

My only complaint is that the British inventor has no excuse for leaving the 'u' out of colour.

Originally posted at Google+ where there are some good comments. It would appear the LG panels (which I have) and the Samsung ones (which you may have) also differ. See comments 6 onwards for more details.