Developers should work in support

I am one of the many many people getting the completely useless response on trying to upgrade to Windows 10. 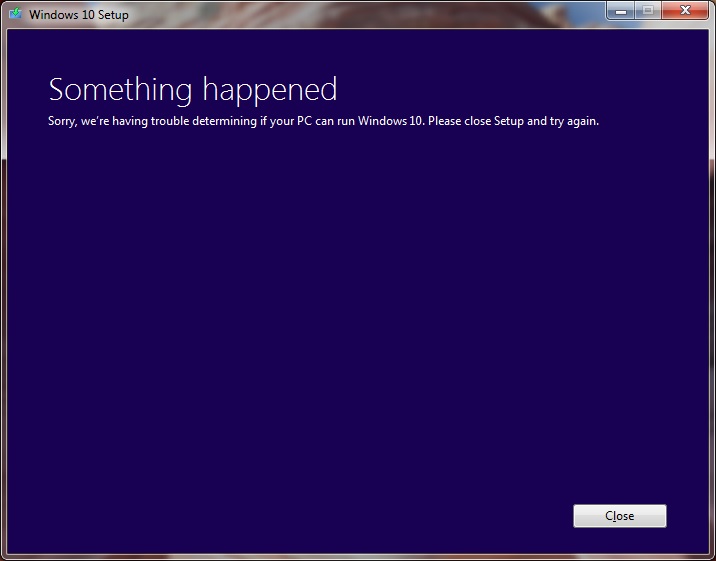 A lesson I learned many years ago is that developers should work in support [1] (eg 3 weeks a year). Normally their experience of support issues is after they have been filtered through many layers of other people, and they don't see the ones that have been resolved even if fairly frequent. Essentially developers do not experience the friction that their customers or support staff regularly encounter.

I've done the support work myself, as well as seeing other developers doing it. There are immediate fixes such as tweaks to tools, asking for information in a different order, or new ideas for how to address common issues (hopefully eliminating them). Then they will go back and fix unhelpful messages in the product. For example a message like "couldn't find file" will be changed to say which file, and possibly detect if it is because the file doesn't exist or the directory containing it. Or make the code create a default file and parent directories.

From that point on, the developers produce substantially better diagnostics. They work out what information they would need on answering a support call and make the diagnostics provide it all. But as time passes, the memories fade, and shortcuts are taken. That is why working in support should be done regularly.

The Microsoft developers responsible for the screenshot "something happened" are likely a lost cause though.

As a side rant, Linux distributions are also distributed as ISO files. They can be used as is on optical media, network booted, dumped as is onto USB flash drives, and work on BIOS and EFI systems (even Apple's non-standard EFI). The Windows ISO is considerably more painful, especially if your machine doesn't have an optical drive, like pretty much all of them these days.